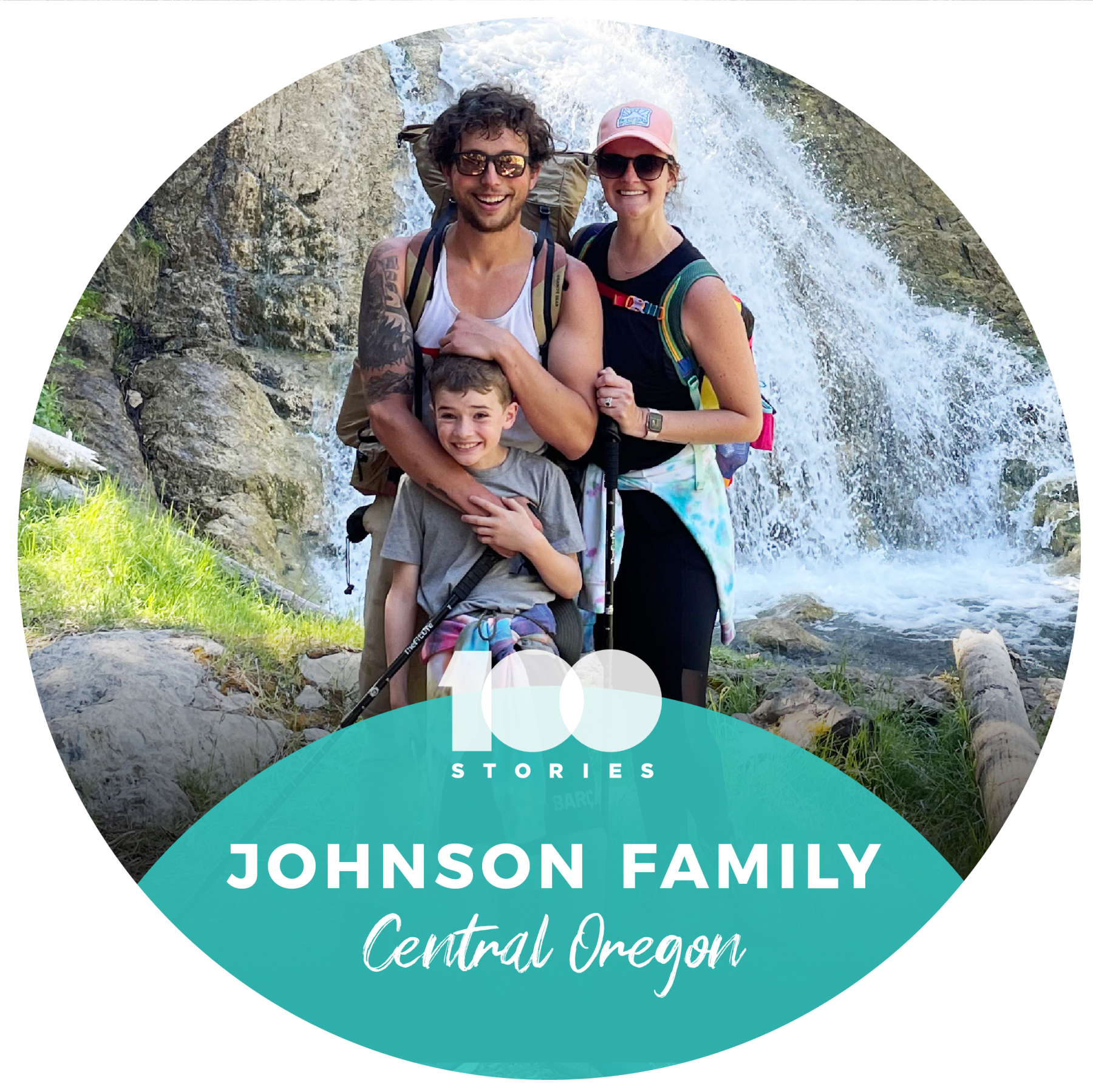 Kimmie became a single parent when her son Liam was one. They bounced around between small apartments while Kimmie tried to save money for a home. But her savings account was drained when she received the dreadful news that no one wants to hear—she was diagnosed with thyroid cancer in 2017.

Kimmie’s boss at the time knew about the financial challenges she was facing and nominated her for a First Story home. Two years later, in 2019, Kimmie’s family moved into their brand new, fully-furnished home in their hometown of Bend, Oregon.

Kimmie enjoyed all of the usual “firsts” in her new home, like setting up a Christmas tree and throwing Liam a birthday party at home. But the most memorable “first” was not so usual at all: a wedding ceremony.

You see, Kimmie was engaged to Nate and they planned on getting married in 2020. But COVID happened just a few months after they moved into their new home.

“I started working from home on March 16, and then we found out that our wedding was canceled by the venue on the 18th and then we got married on the 23rd. It was the day that everything got shut down.”

That’s a lot of change in just a couple of weeks! But having a safe, inviting home kept Kimmie’s family grounded.

Kimmie and Nate got married in the living room of their First Story home and streamed the ceremony on Facebook. Now, two years after the shutdown and after their home became a space for work, school, and even a wedding, Kimmie looks back fondly at all of the memories they made in their first house.

“It was just nice to have a safe and secure place where we felt comfortable and we knew we could spend our time and loved being there. I think that really took a huge burden out of what was already a very stressful situation.”

First Story is happy to be a part of the safety and security that Kimmie’s family felt during the pandemic. And cheers to the fresh start that started at home!